Τσοντοκόμικ or better known as Smutcomic is a wonderful indie project by the best of the Greek scene, who also had a successful kickstarter.
I was called to do a monochromatic pink - in line with the book - KS-exclusive print that was tied to the theme of the city. The stories in the book are obviously tied to Athens, which in a way is a sister city to Rome since they are both so filled with pieces of their ancient glorious past as the center of their classical cultures. So I decided to focus on my city, Rome, and pictured an iconic but not well known part of it: the ancient Roman waterduct still standing in Parco degli Acquedotti, named after the architectural marvel.
It's a place that makes you fall in love, only green around this ancient building, and sometimes no one else around. That's the feeling I wanted to capture, and it's one of my favourite pieces of 2021. 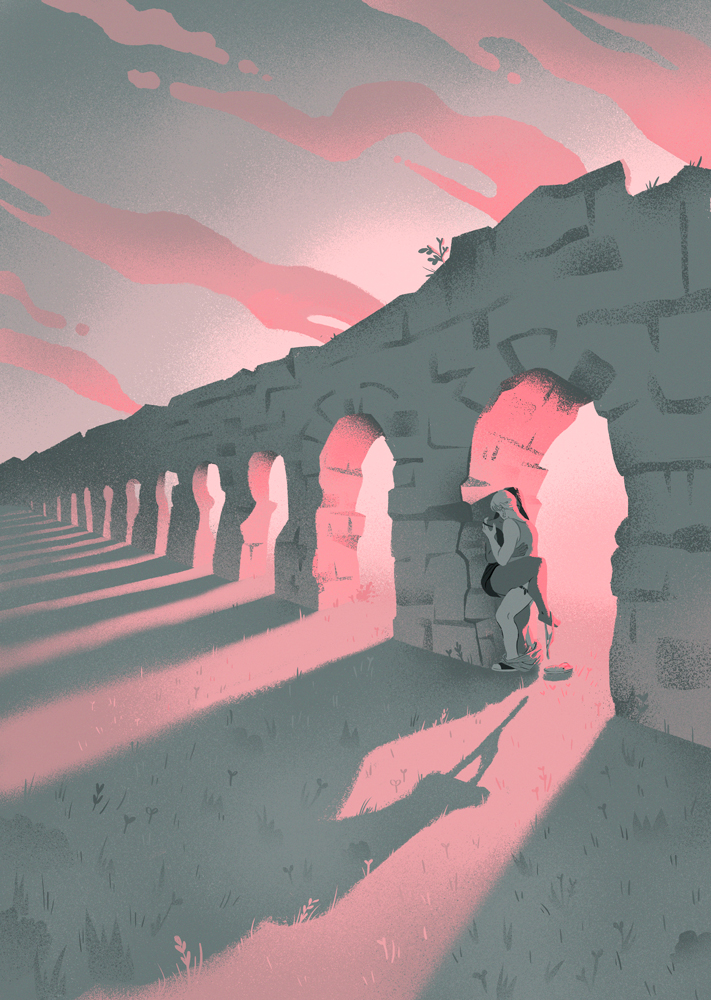